It is with immense sadness that we have learned of the passing of John Bierly, a key part of the Peace Fund and the Highlander family.

John was a fan who became associated with the APFC magazine as Assistant Editor, and from there worked alongside Adrian on various projects. At the same time, he became a staple at Highlander Conventions, serving as MC for several, living the dream of every fanboy - which he was, unashamedly.

He became a son or brother to many of the people of the HL fandom. His enthusiasm was contagious...his passion, inspiring. His face could light up the room.

It is up to us to carry your light forward now. We hope to do you proud.

I will always remember John as a kind thoughtful person who would always go the extra mile for anyone.

He worked tirelessly during his time at the PEACE Fund and on PEACE Fund Radio, bringing us inspiring kid heroes who he felt had amazing stories to tell. Without his passion, we wouldn’t have been able to tell them. John’s devotion to Highlander, writing and his work with children were the same. He threw his all into things he believed in. 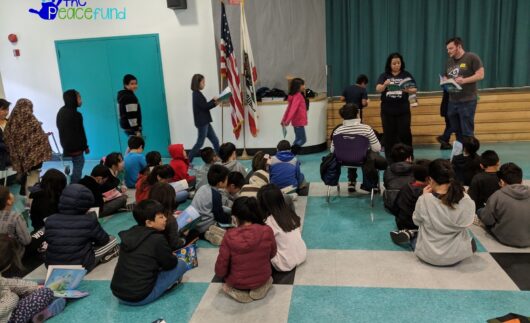